All group matches have been played, so at last we know what the knockout bracket looks like. All tournament favourites have come through, but some of them have a more difficult path to victory than others. Sportcompass calculated the most likely outcomes of all matches.
Here they are: 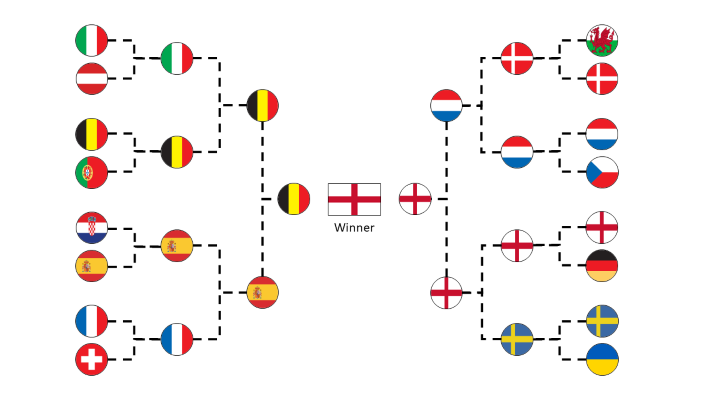 England currently comes out as favourite to become champion! They are not the strongest team in the competition, but home advantage in the round of 16, semi-final and final gives them the edge. In fact, the Sportcompass Ranking only has them on 6th place. However, the five teams ranked ahead of England (Belgium, Spain, Italy, France, Portugal) are all in the other half of the bracket. That means England can only face them in the final. To put things into perspective, England still has a greater chance to be knocked out in the Round of 16 against Germany (38.1%) than to reach the final (28.2%). Every single match can completely change the picture.

Probabilities for all teams